“In the ballroom, when you touch someone with respect you become human beings,” he says. “You’re no longer a white or a black person, Hispanic, Palestinian, or Chinese. You become human.” 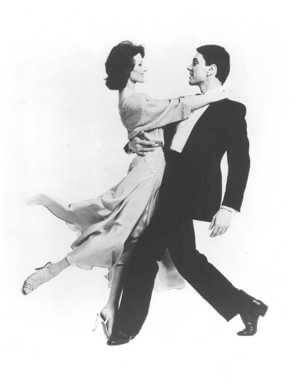 From 1984 through 1995 ABrT was a performing dance company, staging more than 350 performances in twenty-eight US states and seven other countries. The company made its debut at the Dance Theatre Workshop in October 1984 and in March 1986 did a two-week engagement at the Brooklyn Academy of Music. In July 1989 Pierre and Yvonne joined the workshop for Tommy Tune’s Broadway show Grand Hotel and danced on Broadway for 2 ½ years, finishing with a five-month run in London’s West End.

In 1994 Pierre volunteered to teach a dance class at the Professional Performing Arts School on West 48th Street in Manhattan. From this beginning, Pierre developed Dancing Classrooms, a 10-week, 20-session social development program for 5th grade children that utilizes ballroom dancing as a vehicle to change the lives of not only the children who participate in the program, but also the lives of the teachers and parents who support these children. In the spring of 2010, American Ballroom Theater changed its name to Dancing Classrooms.